Join our organization and help us carry out our mission!

Put your practice up for sale, find a new associate and more in the classifieds section.

Give to the PediPAC to help further grow the success of the organization. 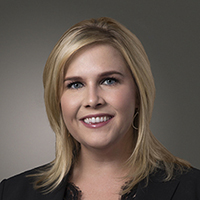 Ms. Amber Hausenfluck of McGuire Woods Consulting is the newest member of our legislative team.   Amber, who was born and raised in the Rio Grande Valley, received her undergraduate degree from the University of Texas at Austin and law degree from St. Mary’s University School of Law.   She joined McGuireWoods Consulting in January 2015 and serves as a vice president of state government relations. She assists with traditional advocacy, lobbying and government relations services in matters before the Texas Legislature and regulatory agencies.

She most recently worked as deputy legislative director for state Sen. Leticia Van de Putte.  In her time at the Capitol, Amber staffed the Senator on the State Affairs, Business and Commerce, Education, Transportation, and Intergovernmental Relations committees.  Amber played an instrumental role in the state’s passage of the MOVE Act, as well as laws that expanded the craft beer and distillery markets in Texas. Amber also has statewide campaign experience, having served on Senator Van de Putte’s campaign for Texas Lieutenant Governor in 2014.  Learn more about Amber or the team from McGuire Woods Consulting.